This page refers to a product which is not currently available. Please contact us if you are interested in this or similar functionality.

TICS is a rule based layer which abstracts various software quality data tools. As such, it is capable of running static code analysis tools from multiple vendors and providing configuration and analysis results in a standard format. Both C# and C/C++ projects can be analysed.

Visual TICS uses the Visual Lint core engine and displays to schedule analysis tasks and present analysis results in exactly the same way as Visual Lint. If you have already used Visual Lint, you will find the user interface to be both familiar and consistent: 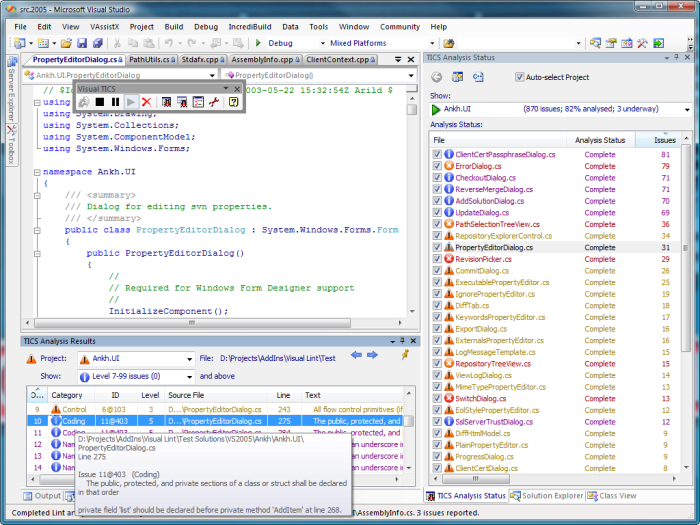 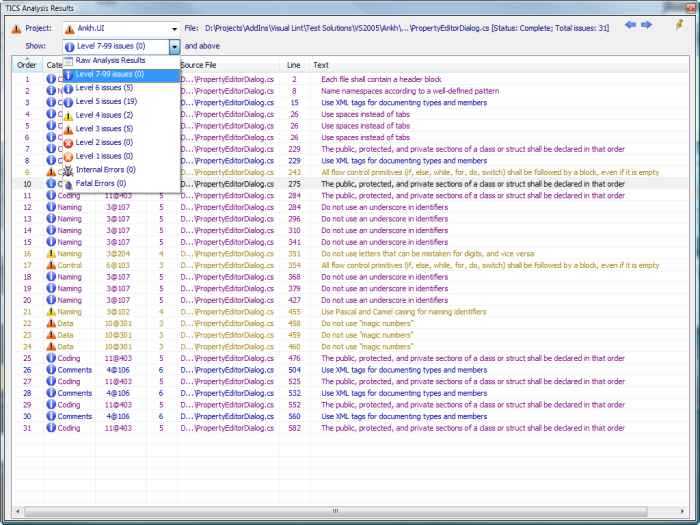 Visual TICS was developed in conjunction with Tiobe, and available as an optional component of TICS subscriptions rather than as a standalone product.