The ACCU Conference is next week!

This year's ACCU Conference at the Bristol Marriott Hotel starts next Tuesday, so we have been busy preparing for the event over the past couple of weeks.

The conference has a very special speaker this year - none other than Bjarne Stroustrup (the designer of the C++ language) himself. Bjarne will not only be talking about C++ 11, but about the next version of the standard - C++ 14. 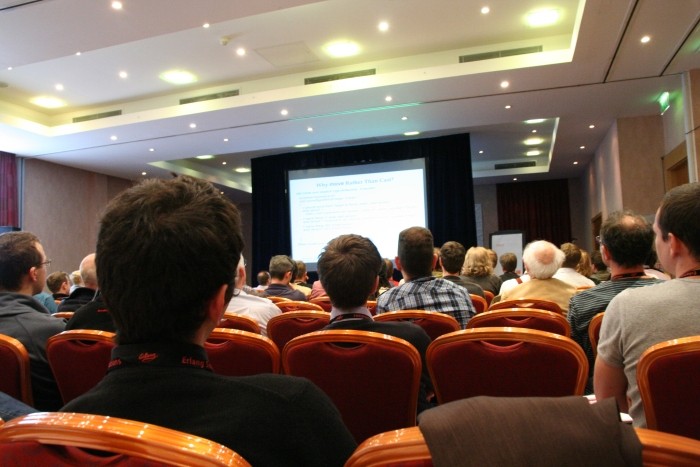 We will be at the venue from Monday afternoon, and our stand should be up and running from Wednesday morning. In addition, our founder Anna should be one of the panelists in Pete Goodliffe's Becoming a Better Programmer session on Wednesday afternoon.

If you are attending the conference, please come up and say hello!

We have recently been working with Don Burn on PC-lint analysis of Windows Driver Kit (WDK) projects, and he has written an interesting article on the subject titled "Another Look at Lint" in the March-April 2013 issue of the NT Insider.

Within the article you will find the following rather complementary passage:

Finally the ultimate tool for using PC-lint with the WDK is Riverblade's Visual Lint. This is a third party tool providing an integrated package that works inside VS2012. The tool is an add-on to PC-lint which you must still purchase. The capabilities include background analysis of the project, coded display listings that - like Visual Studio - clicking on the error takes you to the line to edit and provides easy lookup of the description of the errors. The latest version of Visual Lint (4.0.2.198) is required for use with the WDK. The tool has a minor bug that if there are two subprojects with the same name, such as filter in the Toaster sample, one needs to be renamed for analysis to work. A fix is in the works.

To use Visual Lint with the WDK choose LintLdx.lnt as the standard lint configuration file for the tool. There is a 30-day free trial of Visual Lint available so if you are considering PC-lint, take a look at what Visual Lint can add to the experience. I expect to be using it for much of my work.

Our thanks to Don Burn for his patience while we worked through the issues raised by the analysis of WDK projects. As a postscript, a fix for the bug he refers to above has already been checked in and should become available in the next public Visual Lint build (most likely 4.0.3.200). 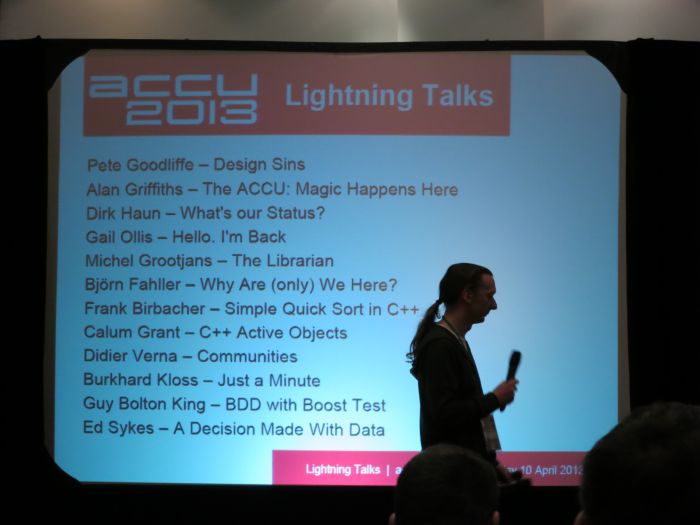 We are exhibiting at the ACCU Conference in Bristol this week. I'll post some more pictures and info in due course, but in the meantime a glance at the #accu2013 Twitter feed should give a feel for the event: